Why You Should Upgrade to Microsoft Server 2012 and Exchange 2013

According to studies and research, the half life of technologies in the field of Information Technology is less than six months. This means that most of the technologies in this field become outdated within this period. New versions are released with stronger features and better usability. The same principles apply to the products developed by the software giant Microsoft as well. This is a great reason why you should upgrade to Microsoft Server 2012 and Microsoft Exchange 2013.

Every new technology or upgrade developed by Microsoft, including its servers, are better than the previous versions in several aspects. So, if you are currently on Server 2008 and exchange 2010 or Exchange 2007, its time you upgrade it to Microsoft Server 2012 and Exchange 2013.

Windows Server 2012 is the sixth release from Microsoft. The previous version was Windows Server 2008 R2. It has been available in the market since September 4, 2012. This new version comes with several new features.

For one, Windows server 2012 is equipped with a higher version of Hyper-V, the latest Windows Server Virtualization, which can use x86-64 systems to create virtual machines. Additionally, it has an IP address management feature, which means that you have heightened control over tracking, planning and managing IP (Internet Protocol) address space in a network.

ReFS or Resilient File System is a new feature introduced with Windows Server 2012. It is a Microsoft Microsoft Propreity file and is slated to overtake NTFS to become the next generation file system. This system has been specially designed to tackle the limitations posed by NTFS, the main issue being compatibility with the latest data storage requirements. The main benefits of this new system is data scrubbing, automatic integrity checking, discarding chkdsk, built in damage control system for hard drive failure and many more. It is also equipped to handle files of very long filename and path. It can also handle data pooling and storage virtualization.

With all these features and more, the Windows Server 2012 has made a strong positive impression on its users. If you go through the reviews, you can notice that most of them are good and positive.

With Exchange 2013, you get web based email feature that is compatible across various browsers, tablets and smartphones. Both the immediate previous versions of Exchange lack in this feature.

One of the strongest features available in Exchange 2013 is its ability to manage an overload in the inbox. It can handle up to 1 TB of data. You can navigate emails with more ease. You can also de-clutter your inbox and avoid undelivered mails or misdirected mails. These innovative features make managing your inbox a real pleasure when you use Exchange 2013.

You get enhanced support for apps compatible with Outlook Web App and Outlook. These apps can be controlled and deployed through Exchange. Exchange 2013 is also integrated with SharePoint. Both these features are absent in the previous versions.

Another very strong feature available in Exchange 2013 is DLP or Data Loss Prevention. This feature was not available in the 2010 and 2007 versions. Using DLP, you can protect sensitive data along with identifying and monitoring them. You can use this feature to inform users about violations even before sending emails.

Manage eDiscovery is a feature that saves a lot of your time. It enables a single interface to search through your SharePoint sites, Exchange mailboxes as well as Lync conversations. Although this feature was present in both 2007 and 2010, it has been upgraded and made much stronger in this version.

So, as you can see, Exchange 2013 is more powerful than Exchange 2010. If you compare the 2013 version with the 2007 version, you can easily observe enormous difference between the two. So, upgrading to the latest version has a lot of benefits and definitely worth the additional expenditure.

Microsoft offers support for all its products. However, the support is limited. Usually, the company offers support for the latest products and in some cases, the product launched just before it. Support for previous versions is stopped with the launch of more new products. So, not upgrading your servers to the 2012 and 2013 version can be a disadvantage because you could lose the company’s technical support.

Things to keep in mind when upgrading to Exchange 2013

Exchange 2013 and 2003 versions cannot coexist. In order to make the 2007 version coexist with the 2013 version, you need to upgrade Rollup 10 for Exchange 2007 SP3 (Service Pack 3) on all the servers that use Exchange 2007 in the organization. Remember to include Edge Transport servers as well.

Before you install Exchange 2013, you need to uninstall all instances of Exchange 2013 from all the computers in the same network. Before removing the older version, you can shift all the previous mailboxes to Exchange online. You can them import the mailboxes back to the current version of Exchange.

Upgrading to the latest technologies is always a good thing, be it in terms of support, features or security. You can upgrade your servers to Microsoft 2012 and Exchange 2013 to enjoy the enhanced features and greater functionality. 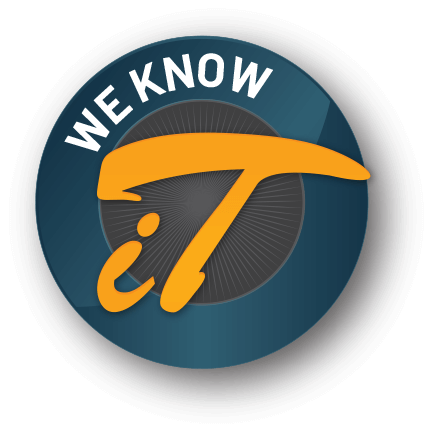